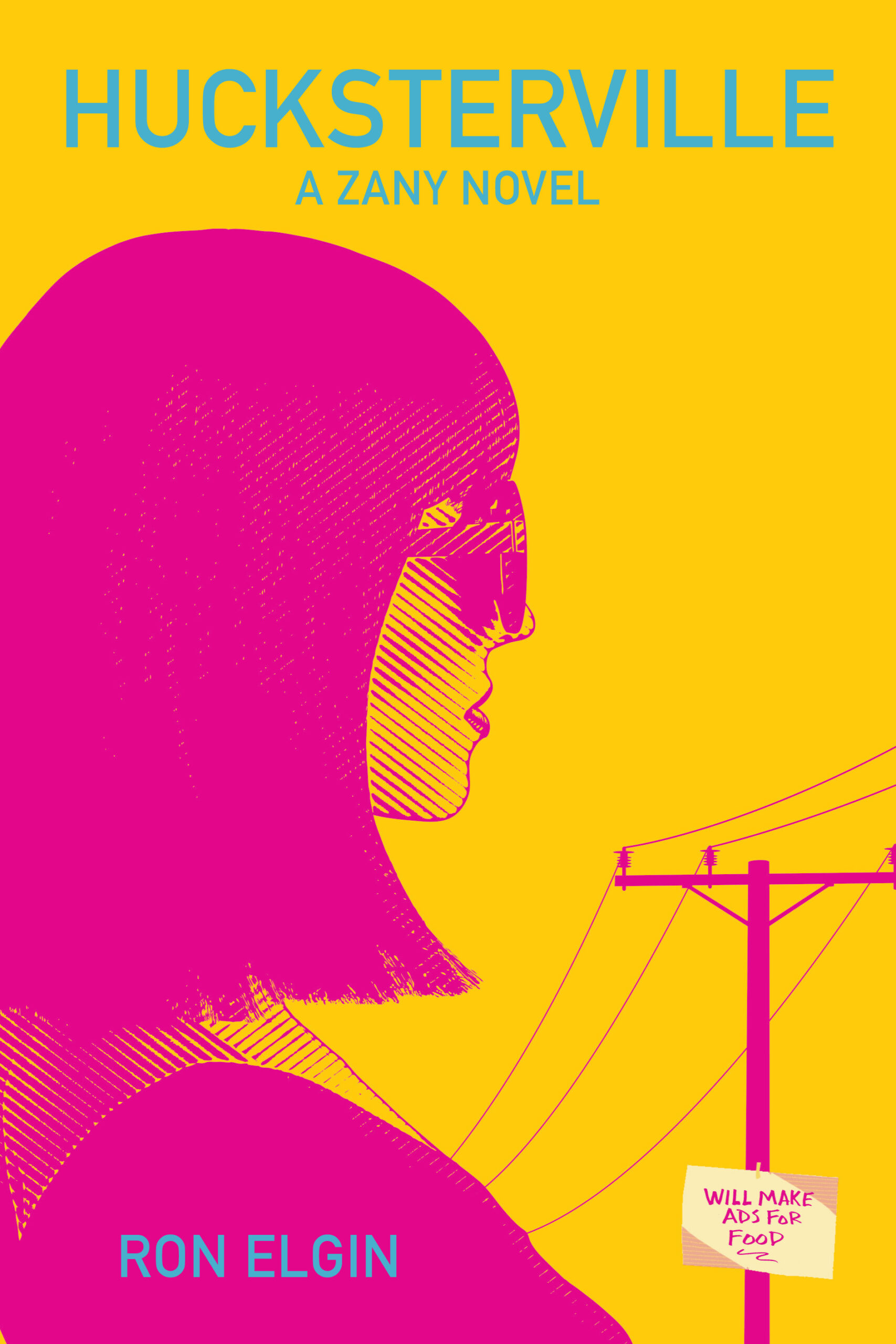 Hucksterville is the zany story of a recovering alcoholic, currently homeless woman’s bizarre attempt to re-enter the ultra-competitive advertising business with the ultimate goal of owning her own agency; all she has to do is overcome obstacles such as a horrible, absolutely incompetent asshole of a boss and create a brilliant ad campaign with a bizarre team including two very strange creatives with the same name but one with a serious flatulence problem, a confused cross dresser, a man who can’t stop swearing and a gentle giant who accidentally killed his first opponent in a cage fight. Toss in an unbelievable murder and wish her luck.

“No one tells a story like Ron Elgin. In his previous two books Elgin pulled back the curtain on his phenomenally successful career as one of advertising’s iconic figures to share the true stories that would make Don Draper blush. In Hucksterville, he removes the constraints of fact checking and pens his first work of fiction. I’ve always considered Elgin to be one of the most engaging, funny people I know. Now that he has written fiction, I find out he’s even funnier. Hucksterville is a whimsical, fun page turner paired with a unique insight into the world advertising. Enjoy.”

Scott Battishill, Founder and CEO of Curator, and 10-Percent Media